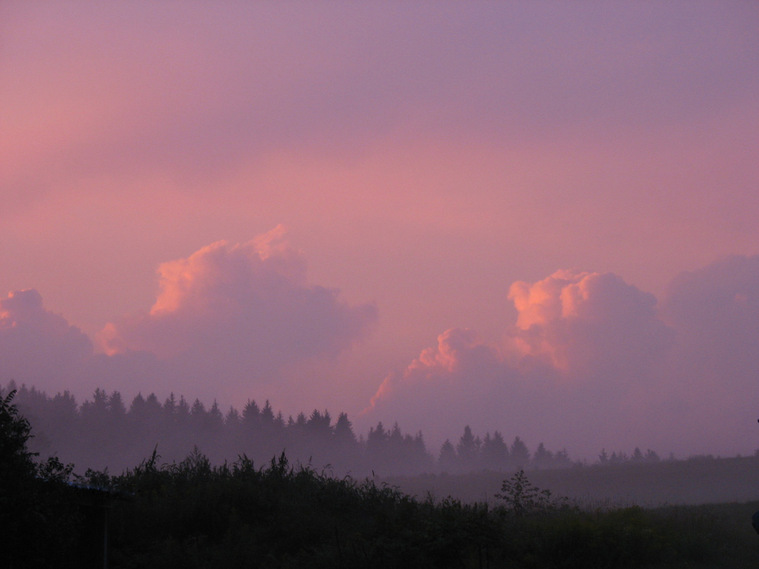 Stillmeadow  Finnsheep  Ewes
Our ewe flock represents a consistent effort to select highly maternal dams from the wide genetics we have introduced  since 1994. The need for repeated downsizing has enhanced our flock since only the top ewes have been retained.  We currently manage the flock for annual lambing in April and field turnout in May which allows lambs to achieve their growth from lush pasture grasses.  By supporting the ewes nutritionally we are rewarded with dams who have ample milk to feed litters of four.

This year, 2022, will be our last lambing season. My love for Finnsheep remains as strong as ever, but my advancing age ​has spoken.  The four sire rams have been sold, but their genetic strength will carry on in the lambs due this spring.​
In addition to the high productivity from our remaining Finn ewes, we immensely enjoy their temperaments.  As lambs they socialize easily and become extremely friendly and easy to handle.  By working toward specific goals we have also been able to improve wool as well as body strength.  Contact us for your opportunity to reserve lambs.
​ 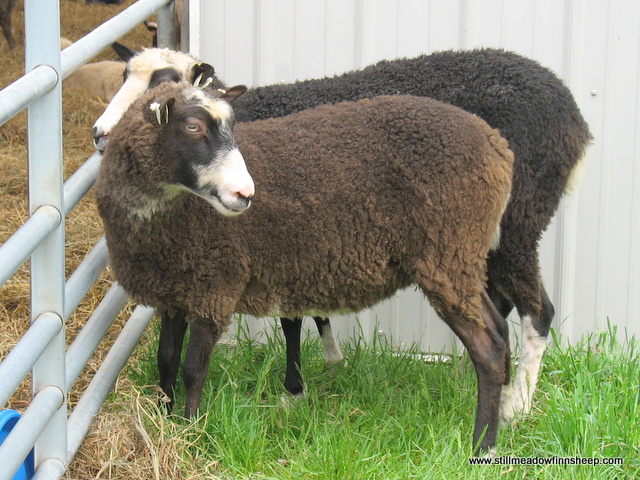 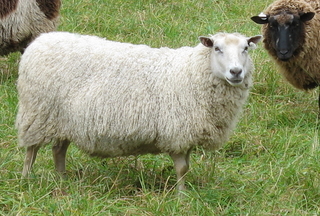 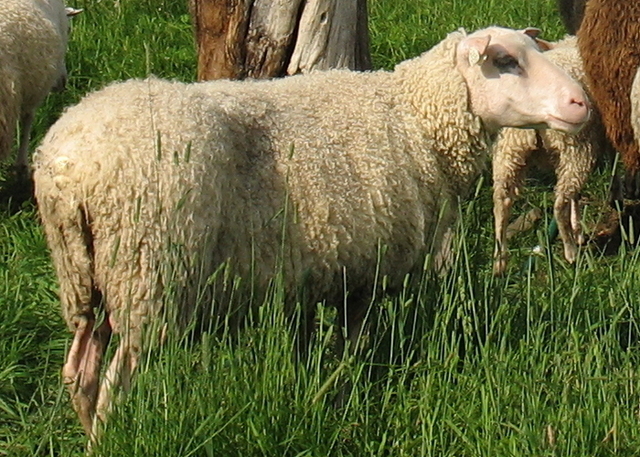 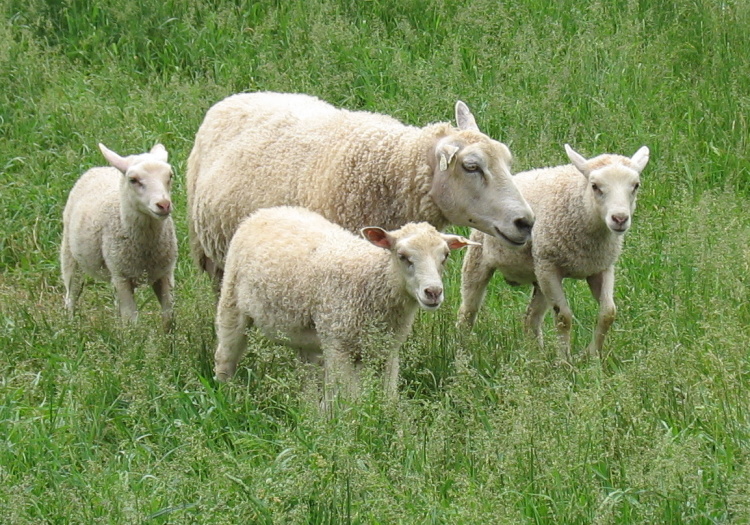 BLUMCHEN - Stillmeadow 965, triplet, 4/28/15
FBA 27622
Sire - Stillmeadow 943, STRAUSS  TR White
Dam - Stillmeadow 607, GINGER EARS TR White
So fortunate we've been to have this daughter to carry on Ginger Ear's maternalism...Quintuplets  2018/2019
ZINNIA - Stillmeadow 999, TR black HST, 4/6/16, FBA 28300
Sire - ​Stillmeadow 981 Lightning, TW white
Dam - Stillmeadow 0944 Citrine, TR white
As a yearling with her first twin litter this ewe brought us much joy as we witnessed her instant maternal nature. She has a forever home with us especially since her lambs and her fleece are spectacular.  She raised triplets in 2018, 2019, & 2020, followed by quadruplets in 2021.  With a milking ability to raise quadruplets, Zinnia has indeed become one of our best ewes. 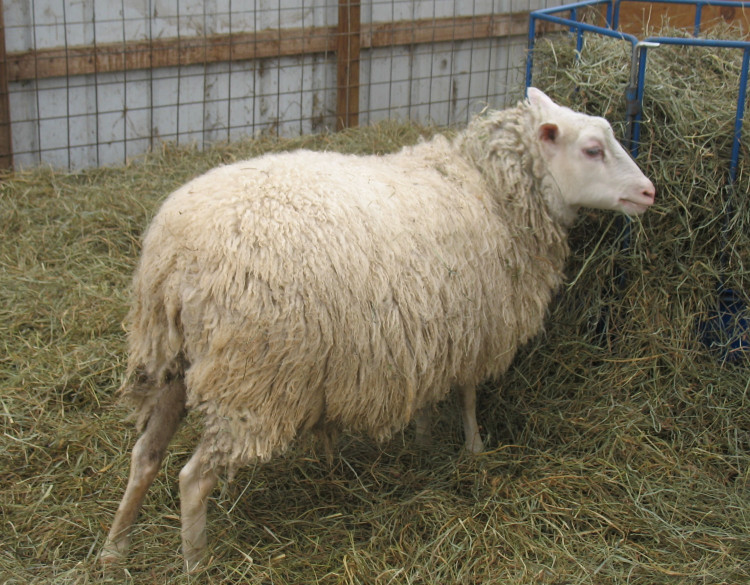 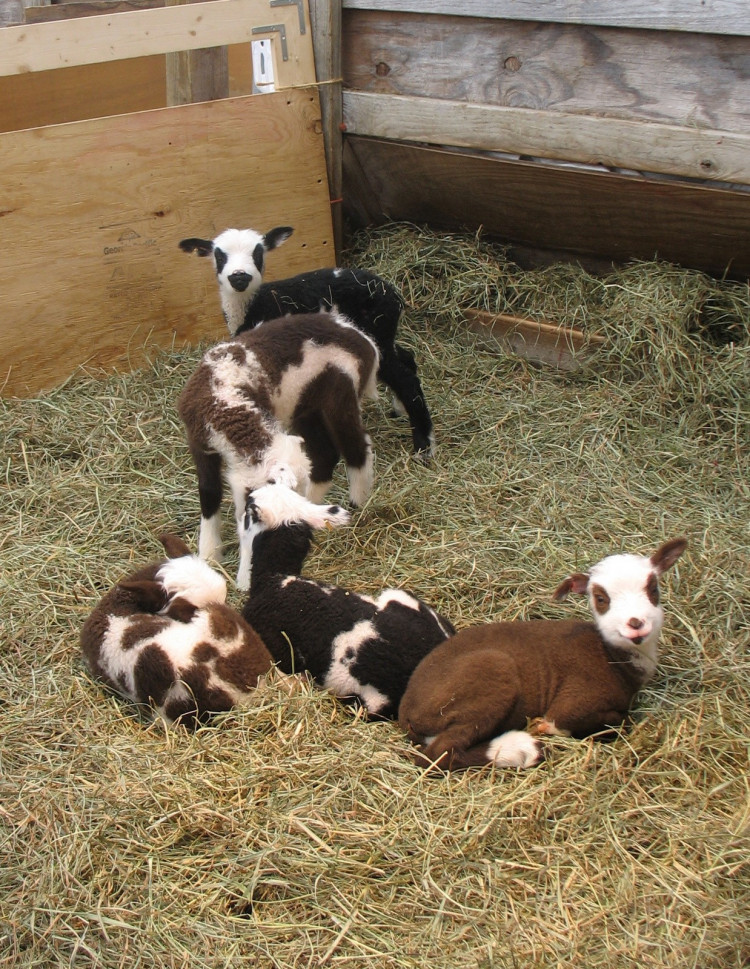 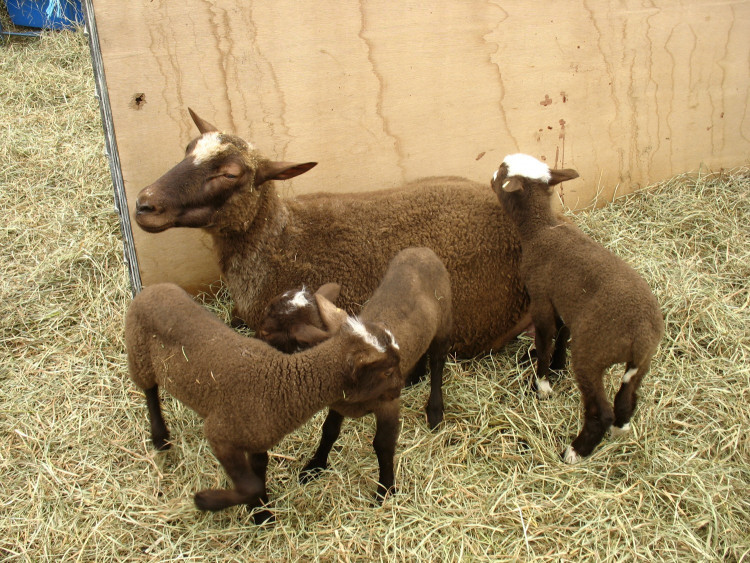 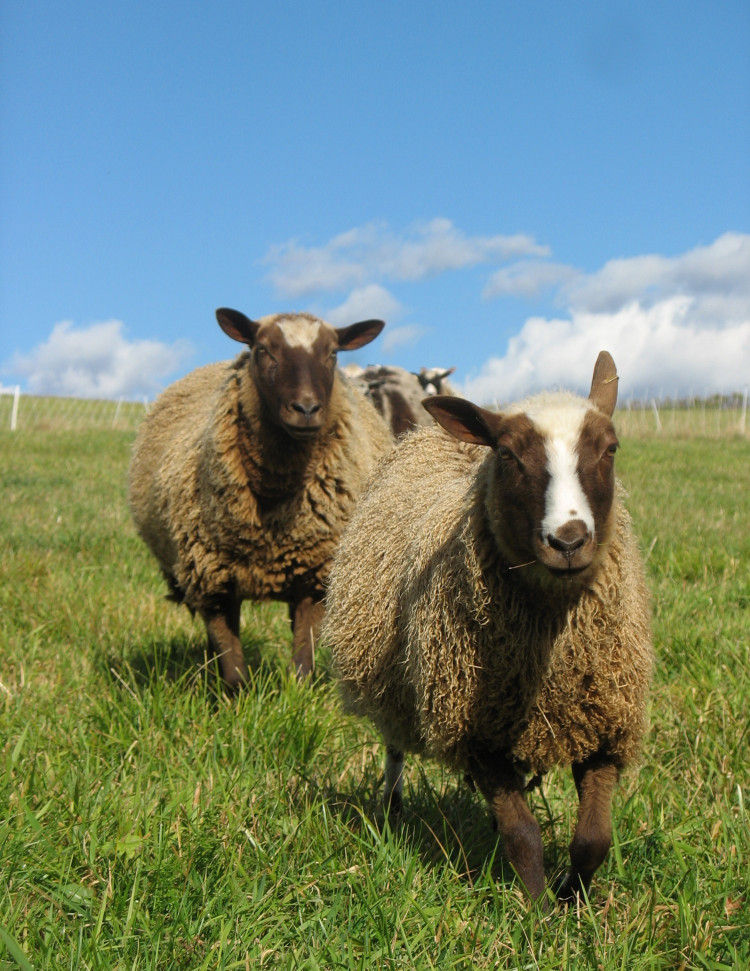 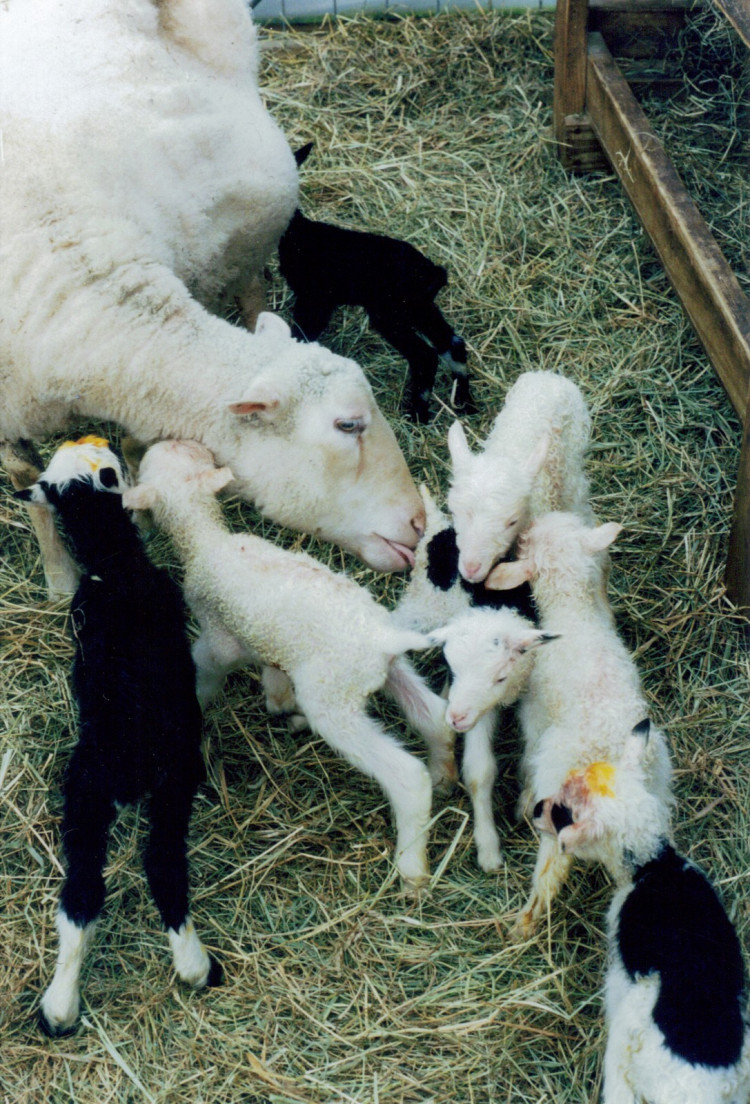 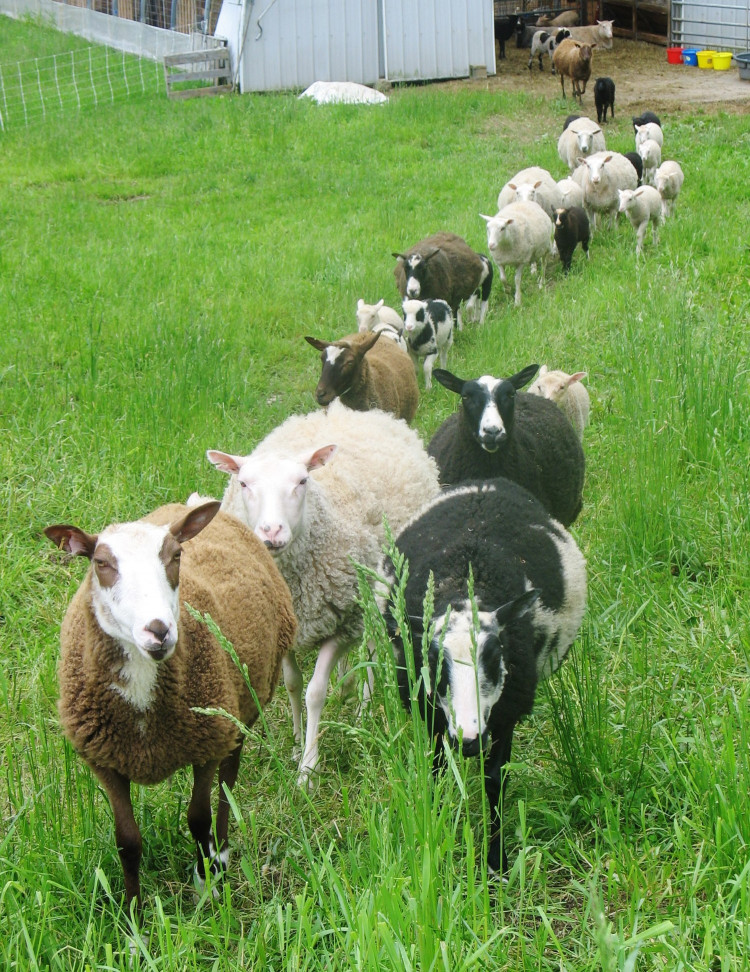 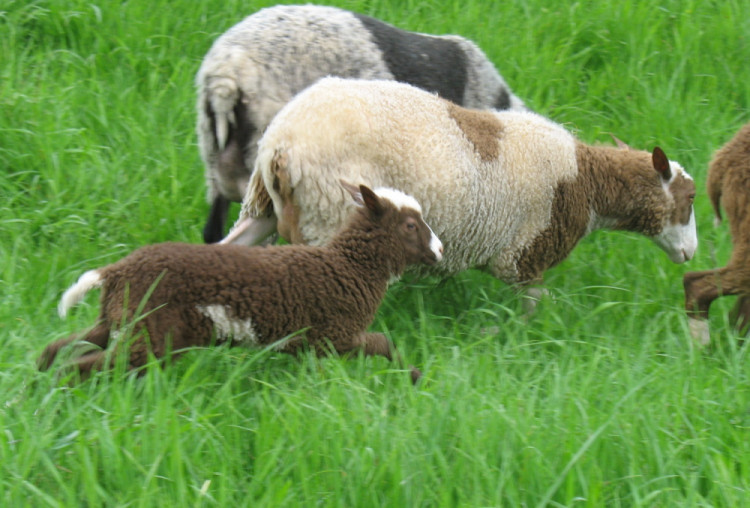 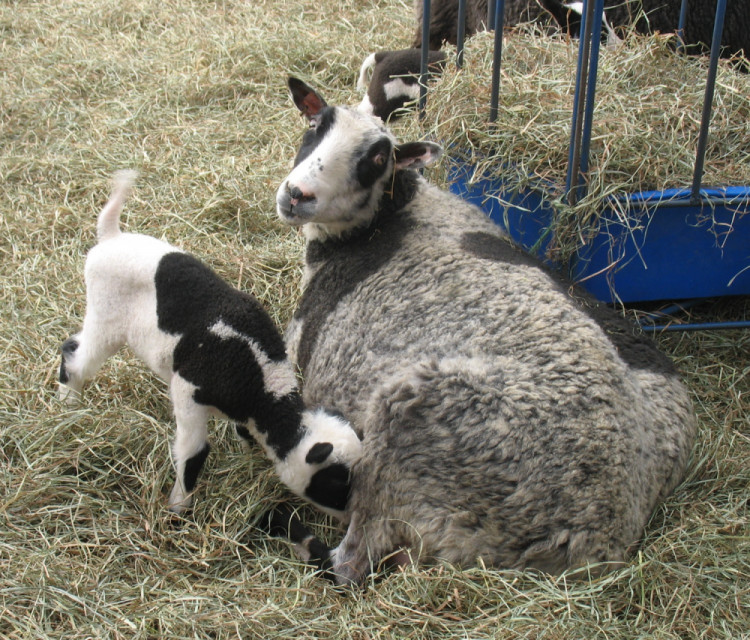 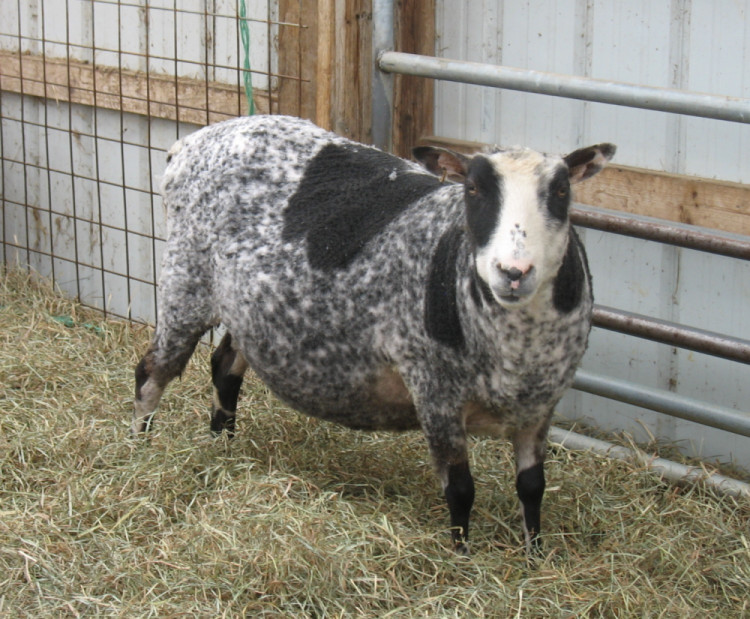 SATU - Stillmeadow 1151, single blk Dalmatian Piebald
FBA 30739, 04/18/2019​
Sire - Olde Haven Galaxy, FBA29614, triplet blk Piebald
Dam - Stillmeadow Cream, FBA28307, quadruplet white​
SATU is one of our largest ewes who has given us the fastest growth ewe lamb, SPARKLE (at left & below), ever born at Stillmeadow. Both dam and daughter have exceptional wool and affectionate temperaments, also carry the unusual recessive gene for Dalmatian spotting.
Born in April 2021, SPARKLE reached the size of yearling ewes by her 7th month and is bred for 2022 lambing. 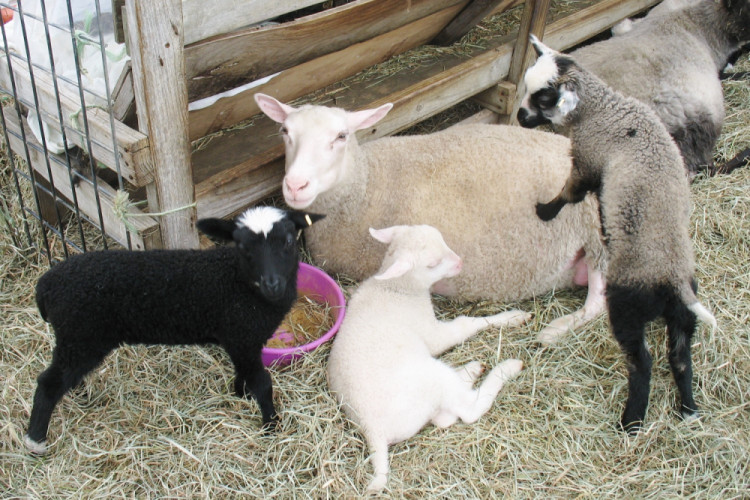 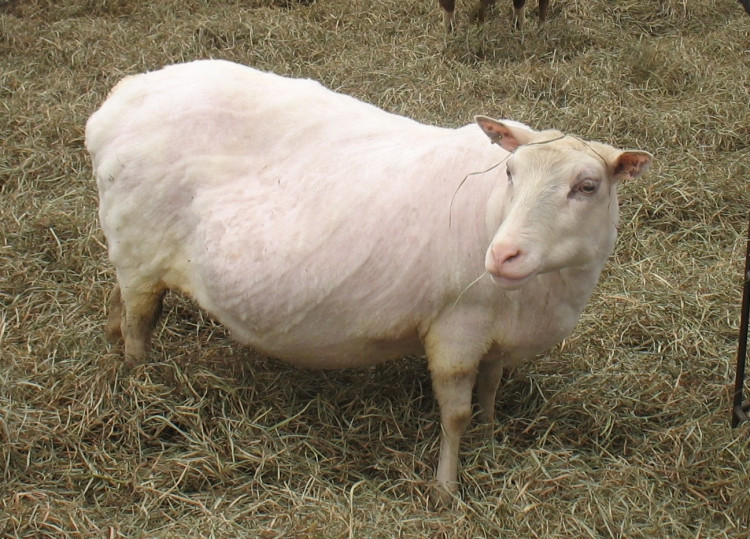 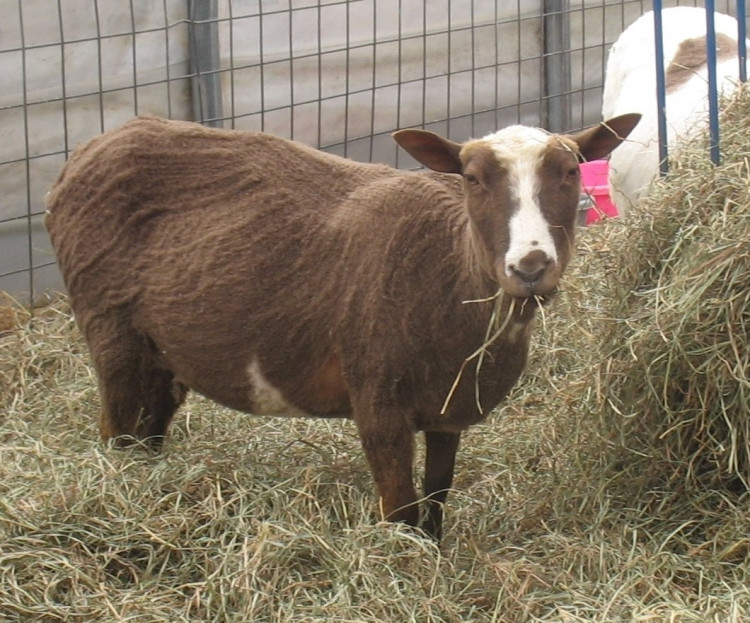 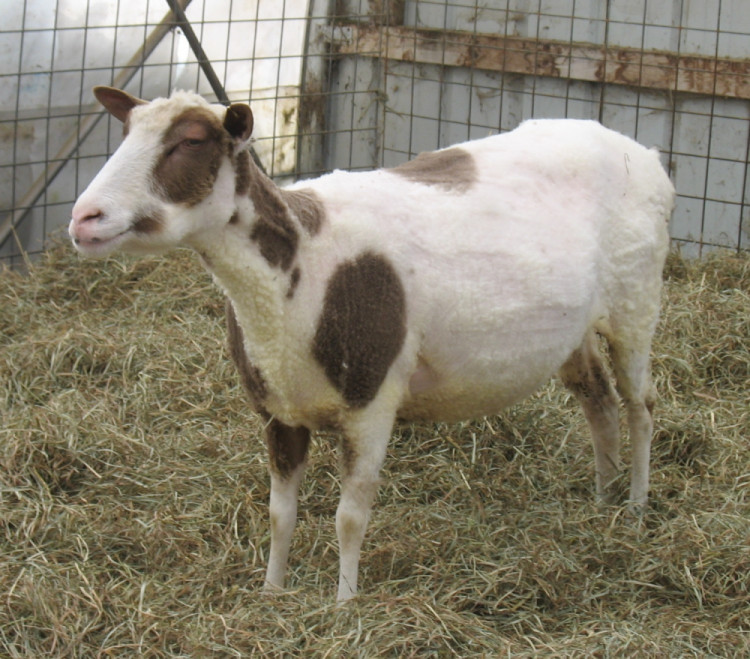 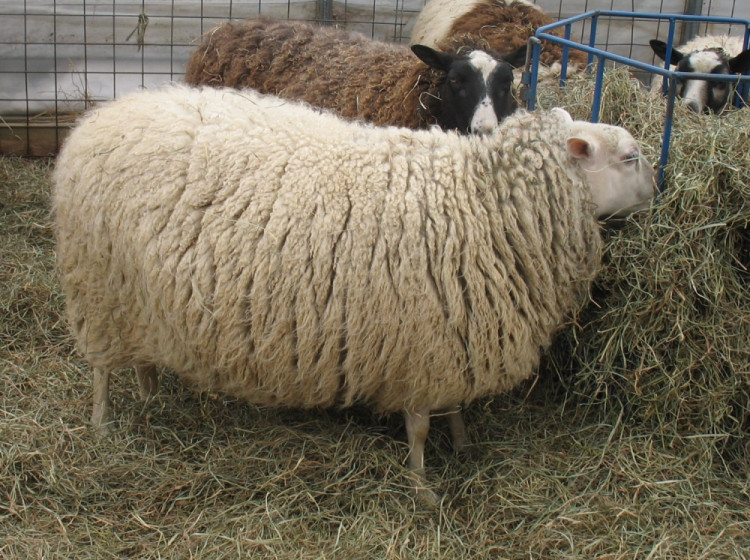 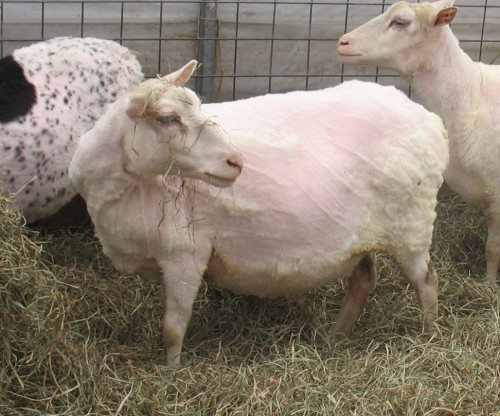 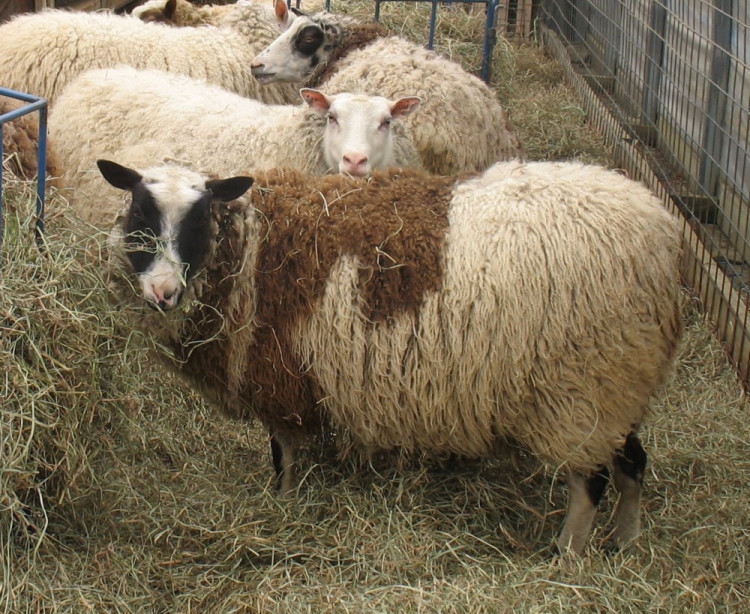 Notice here how Sparkle has grown by her 11th month in relation to her three year old dam Satu. 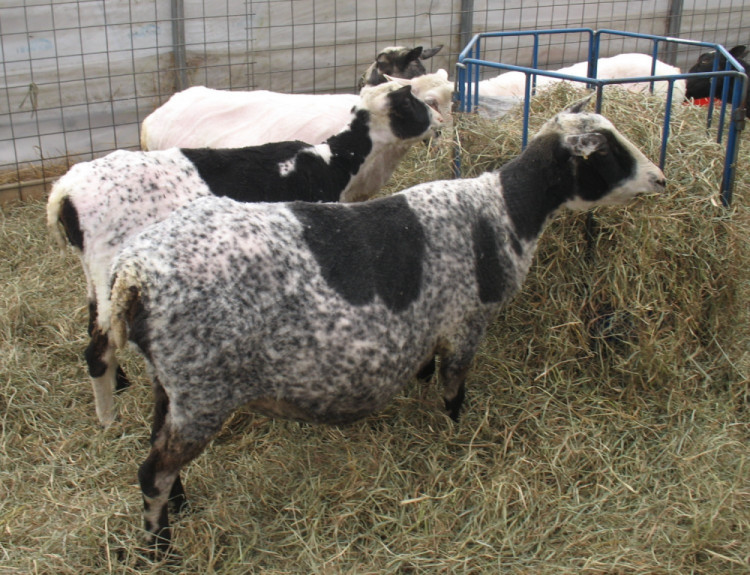 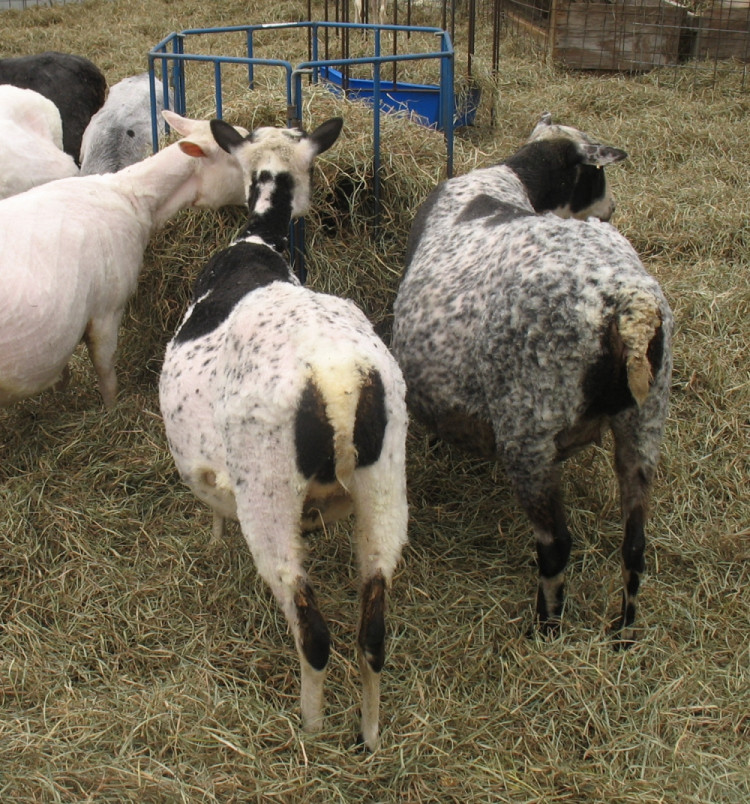